The Cabot Circus marketing organisation has spent lots of money entertaining the local printed and TV media. However, despite PR Bristol listing Bristol Traffic as part of the city's new media, no invitations. Which is a shame, as all forms of bribery will be accepted, though the sponsor will be listed.

This posting is sponsored by the Bristol Trails Group, who, in combination with the weather, have bribed us with the best mountain biking conditions since February, only now its warmer and stays light later. The trails group are looking for funding for the Leigh Woods trail improvements, so perhaps the Cabot Circus marketing team could consider having a nationally renowned trail named after their project.

Look at this: a dusty surface under-wheel 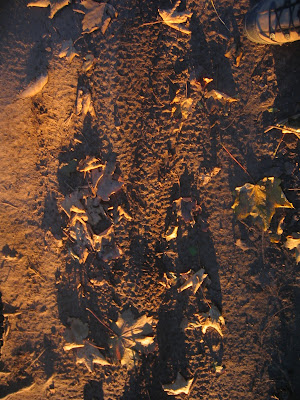 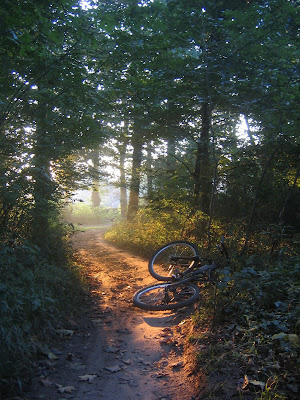 Here is a biker called Liam on his way home. I'd hoped the flash would have gone off, but no, we get a silhouette of him on a trials bike. 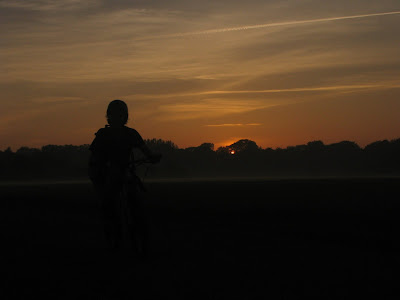 The golf course was just picking up a layer of fresh mist for the evening. 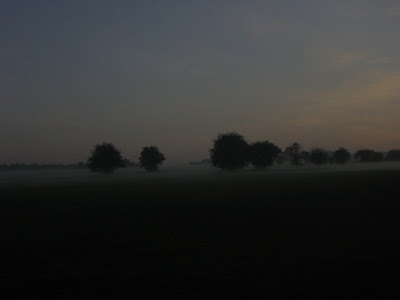 Night riding there would be fun tonight. Which is good, as a few miles south, the Cheddar Challenge is running a night session
Posted by SteveL at 21:07