UK Central Governmentt has just issued a press release complaining about cynical and nihilistic blogs. Cynical maybe: that's from experience. But Nihilistic? That assumes too much political awareness.

To comply with the government's demand that a fraction of our postings are now positive and praise the government, we had a look round to see if we could find anything positive. The answer is oh yes, but not in this country.

Here are some pictures of Washington DC, taken September 11, 2006. A lovely traffic free area in the centre, with view up at the US senate. 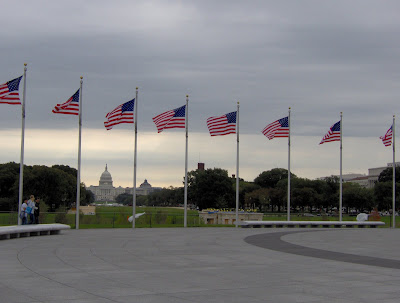 Over in the Whitehouse, one will hope that the current resident is currently wrapping up his "mission accomplished" banner, never to be used again, while the gardeners must be planing where to put the kids' BMX/skateboard park and somewhere for the puppy. 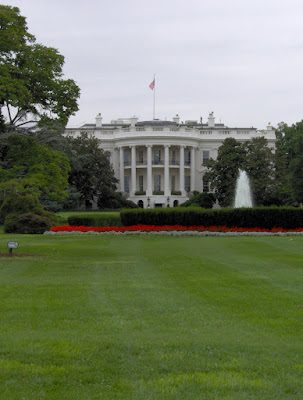 Round the corner, the maintainers of the Vietnam war memorial -discreetly hidden out of sight of the politicians- could perhaps consider when will the Iraq mess be over enough for them to consider a new monument to that foreign policy disaster, so that those people who have lost friends or family due to the biggest government mistake of this century -invading Iraq- will have somewhere to put their flowers. 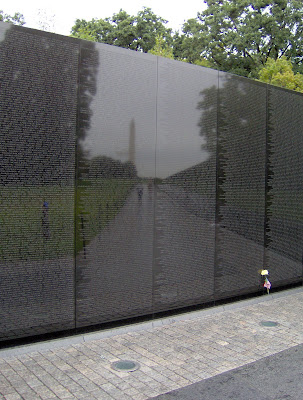 Nearby, the Lincoln Memorial, famous for the origin of Martin Luther King's "I have a dream speech". On April 4, the 40th Anniversary of MLK's assassination, I sat the sprog down in front of YouTube. But instead of the usual Lego stop-motion animation videos, I showed him that speech and explained to him about it, the best bit for me being that the idea of racism was actually unusual to him; to pick on someone based on skin colour didn't make sense. Which is a good sign of how Bristol is a modern, European city, where such things shouldn't matter. 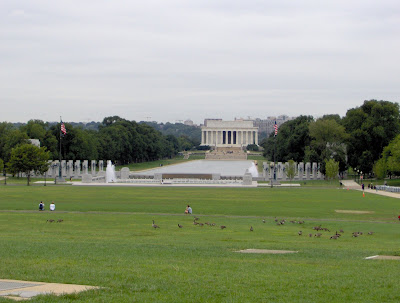 My little mountain biker is actually a US citizen, being born out there a few years back. Born in a state where, due to racial legislation, it would have been illegal for his parents to marry 40 years before we did. We are all in a good mood today, and very pleased for all our friends out in the US who have been supporting Obama since the spring. They recognised that while Hillary Clinton was an alternative to Bush, a political system that has had the same two families in power since 1988 is not exactly much of a democracy, not one to inspire the rest of the world.

(normal cynicism will be resumed shortly)
Posted by SteveL at 16:49