Who parks in the University Quarter?

While discussing the Kingsdown CPZ last week, we asked "who parks in the University quarter"? We got a reply from bikerchick, who has some good insight on this, including

I think we should be thinking of putting more pressure on the universities not to allow students to bring cars to town especially if they live in the surrounding areas, which they usually do.

I'm pretty sure that staff from universities just simply don't bother driving to work if they don't have a permit as they soon come to term with there simply isn't any space to park, which might explain why so many ride motorcycles-) 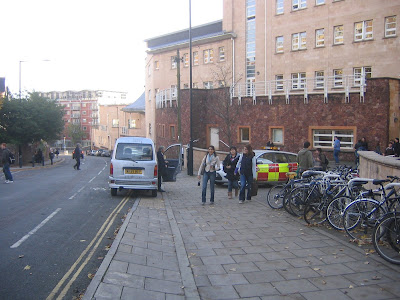 Later on in the day: same location: university vehicles. 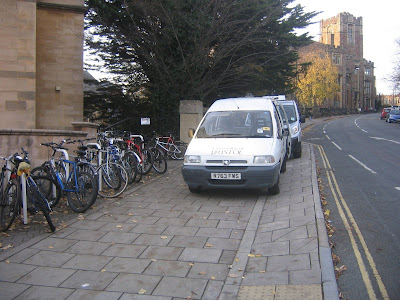 R763FWS and the vehicle behind it are both, presumably in the day to day execution of their work, and forced to park on pavement due to all the students parked nearby.

As for the staff, well, you'd need a staff sticker to park blocking the bike shed, wouldn't you? 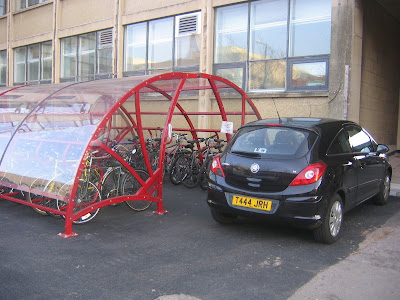 More research is needed.
Posted by Bristol Traffic at 10:32

If you have a wander around the university area around this time of the year you'll find wider empty-ish roads, not endless parked cars! It's out of term time of course.