The return of the students

The students are back; the city has become more lively. Large swathes of Bristol mourn the return of the students, probably because they make parking harder. UWE students can fill up the roads to the North Fringe for the first few weeks too, four-or-five to a car, until they realise that attendance is mostly optional and that the U1-U5 buses work. First, the arrival and unloading. 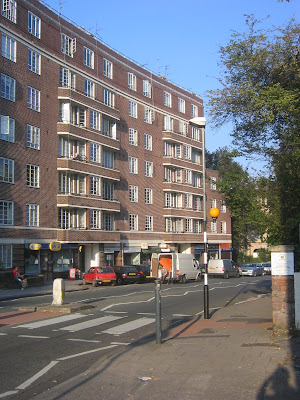 New arrivals to the area show their timidness by only double parking to unload. Experienced students just drive straight along the pavement to get where they need to unload. 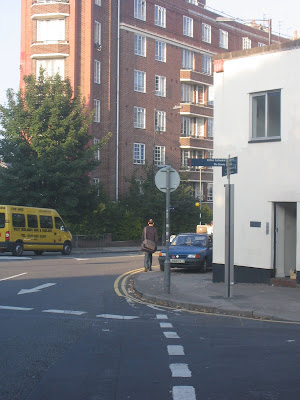 And unload it is, because this is the once-per-term, move-stuff-into-room event after which they can walk or cycle around. Once this week is over, Bristol reverts to being a civilized city where everyone drives and parks considerately. 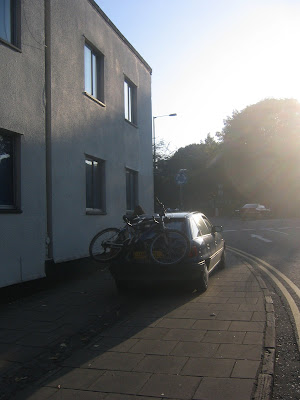 One minor criticism of this car that drove along the pavement to unload here. You are legally required to not obscure number plates or brake lights when you carry a bike on the back of the car. It may just seem a legal nicety, but blocking brake lights isn't: its the choice between having a lorry run over you and not.
Posted by SteveL at 11:19

Many of those that work in the northern fringe (i.e. the edge of nowhere) whinge about the traffic congestion caused by students. Yet, the students are in the main carsharers whilst the majority of the whingers are OAFS (one arse, four seats).

I agree. They may add traffic, but it is 4-5 students to a car. Also, they use the bus more than anyone else.

There was concern those houses would add even more congestion each day as everyone in them drove to work in South Bristol.

Fear not about the extra MoD-er's though... there might be extra desks but there won't be extra parking spaces!!! (evil laugh).