An amusing little contrast of cars concerned about a bit of scrape damage, so opting to park more safely on the pavement, both taken the same morning. 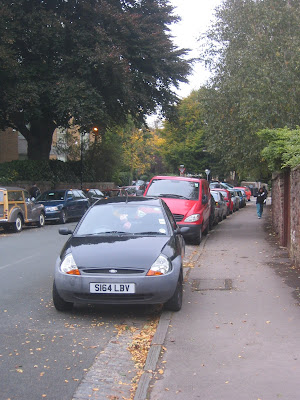 First, a Ford Ka in Clifton, There's so little of this car on the pavement it probably just overshot while parking. 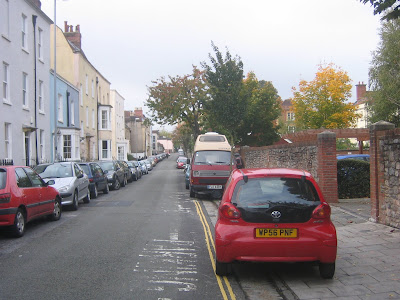 And here, in Kingsdown, some little Toyota thing, WP56PNF, which has just got one of its slim tyres left on the double yellow lines. This car owner values their car a lot more.

The key problem here is that to avoid your car being scraped, you need to be parked further in that the vehicles either side. As the camper van is half on the pavement, this car has to be even further in. They didn't have a choice.
Posted by SteveL at 11:45